In the year 2021, after 15 months, we had been to a concert of the German Dark Rock, Gothic Rock, Gothic Metal band Lacrimas Profundere again. Lacrimas Profundere had made up for their “Bleeding the Stars Tour”, which had been postponed several times. At the tour they had played as a surprise the not yet published song “A cloak woven of Stars” for the first time. On 05.05.2022 the song was officially released.

Regarding our video recordings:

On the tour we had filmed for the first time with 2 GoPro cameras, so that we are more flexible and have more images from different viewing directions. So that the vocals and the sound also remains stable, we had additionally recorded the sound from the mixing console. Later we had mixed it together with the GoPro track.

Our design for all mountain bikers and hikers 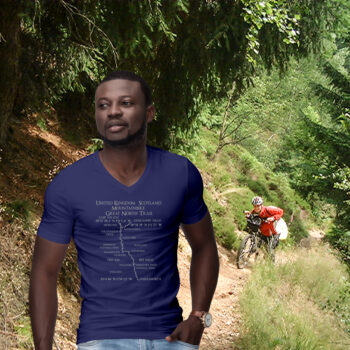